A Transformative Experience on the High Plains 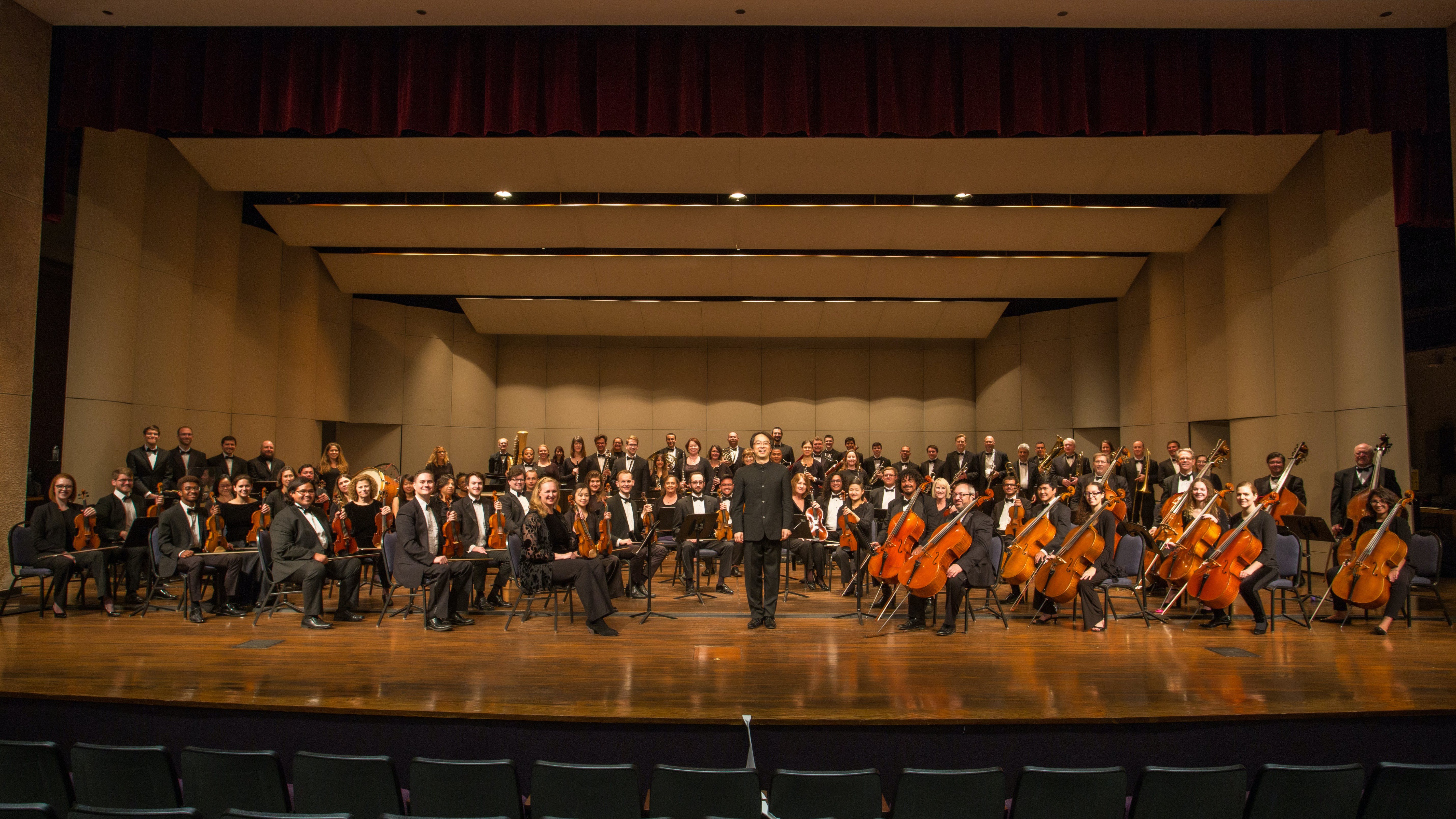 We mean it when we say music is transformative. Classical music sparks creativity, boosts memory, decreases blood pressure, and lowers stress. And that's just how it affects your body. We firmly believe that music is also transformative for soul.

The LSO has been enriching the South Plains with program offerings, educational experiences, and a professional community-based orchestra since 1946.

The purpose of the Lubbock Symphony Orchestra is to enrich the greater community we serve through quality symphonic performances and educational experiences.

The Lubbock Symphony Orchestra will be an integral part of the cultural fabric of the South Plains Region with strongly supported program offerings, educational experiences that appeal to diverse audiences, a strong professional community based orchestra, and operational and financial stability. David Cho's love of music started in his childhood. Love of music and talent resulted in débuts at Carnegie Hall and the John F. Kennedy Center for the Performing Arts.

A History of Community Support

In 1946, the LSO was a volunteer effort conducted by William A. Harrod. Harrod first came to Lubbock a member of the Air Force Band. He formed a dance band for the enlisted men and women stationed in Lubbock, and was asked to form a community orchestra by the local preachers. With no place to recruit trained string players, it look time to shift to a full orchestra.

Harrod said "the orchestra received its biggest blessing: (violinist) Virginia Kellogg." He believed her contribution was the shift to sounding like a real orchestra.

In 1967, success and community support shifted the LSO to a professional orchestra. This shift brought new musical and directorial talent. The current Music Director and Conductor is David Cho.

The Lubbock Symphony Orchestra now boasts nationally-known guest conductors and soloists. And the full-time administrative staff and professional musicians perform with the symphony, do community outreach, and work with local schools.

Behind the Curtain at LSO 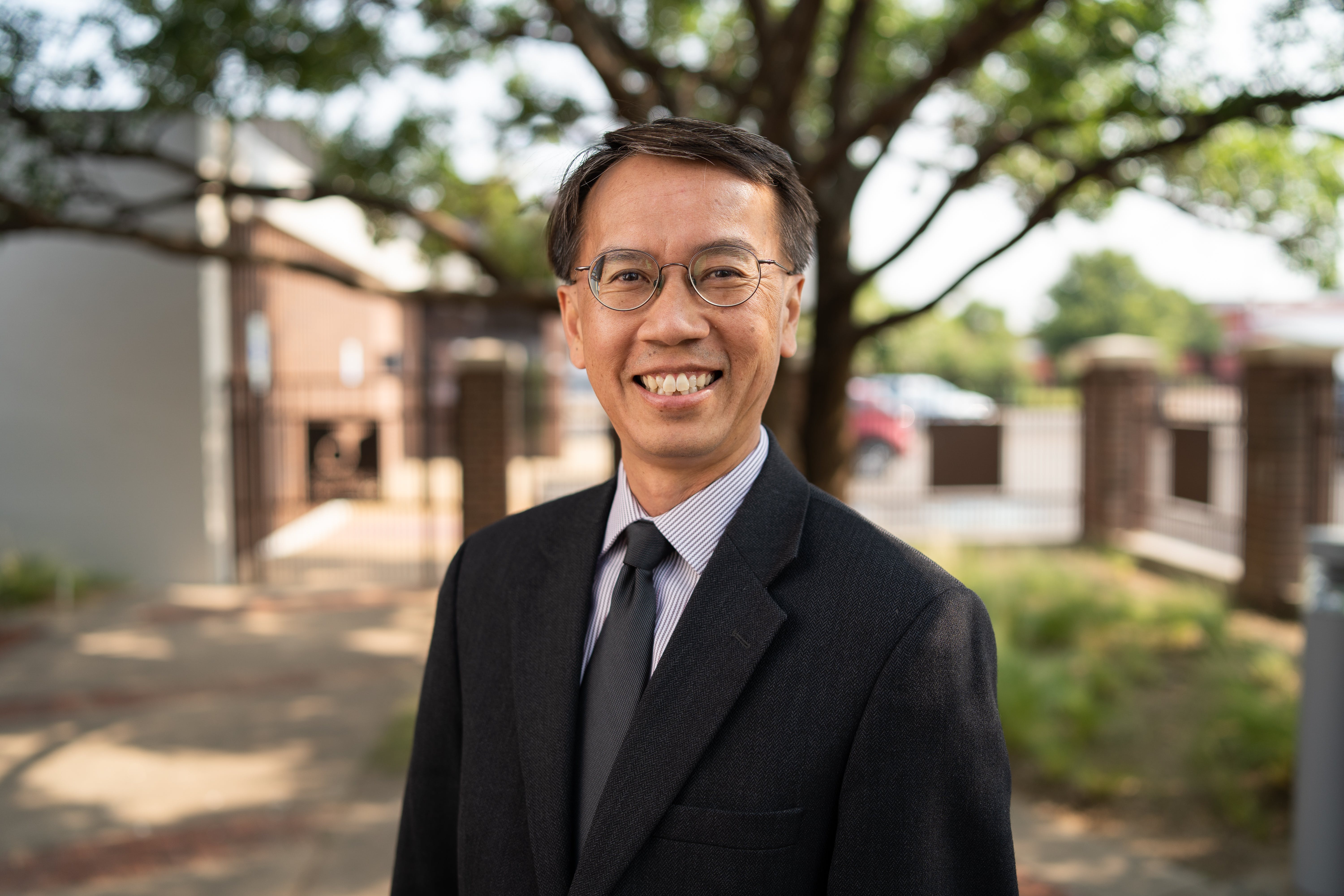 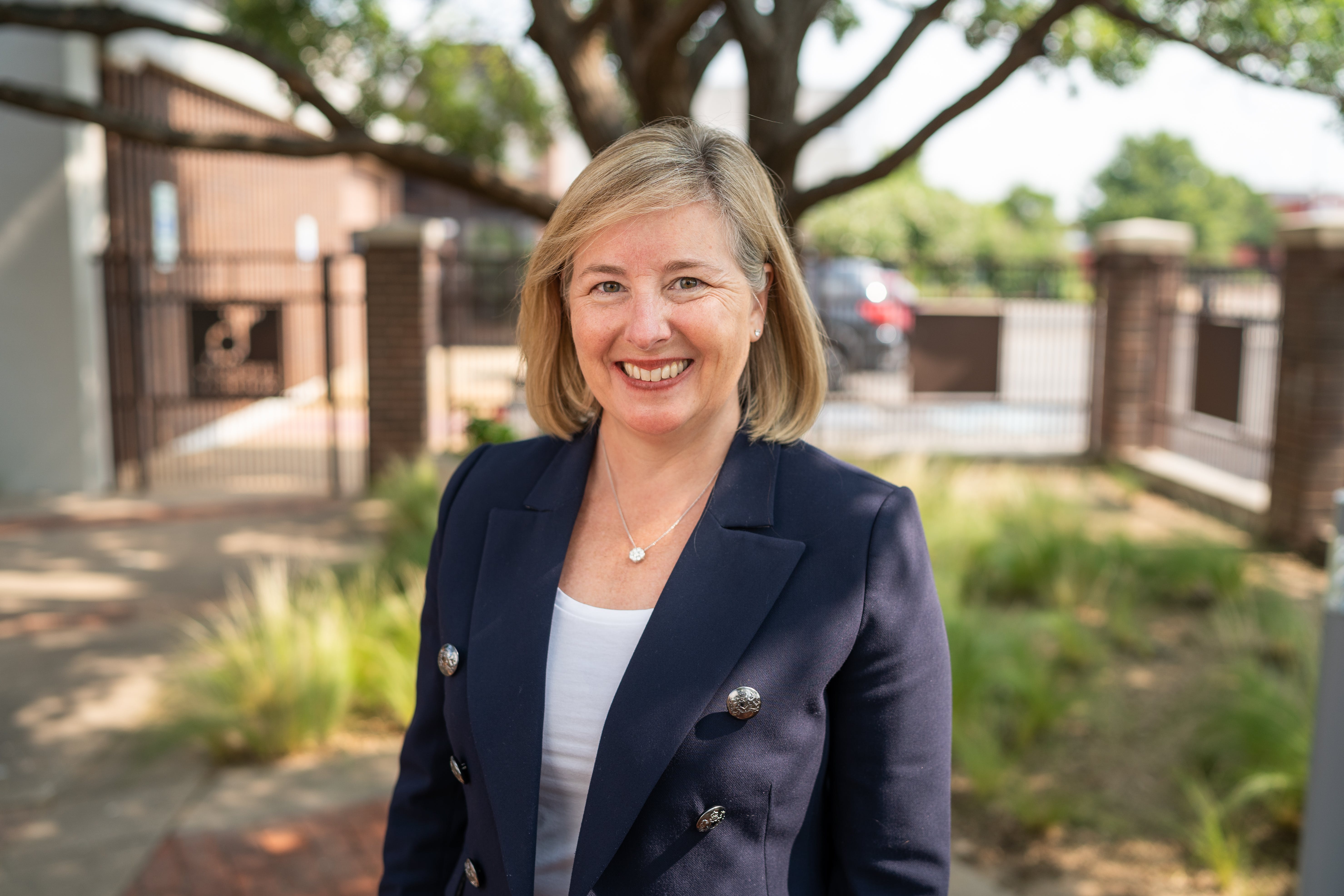 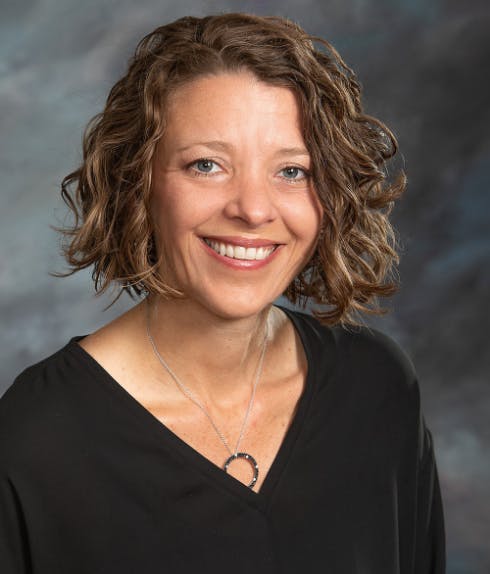 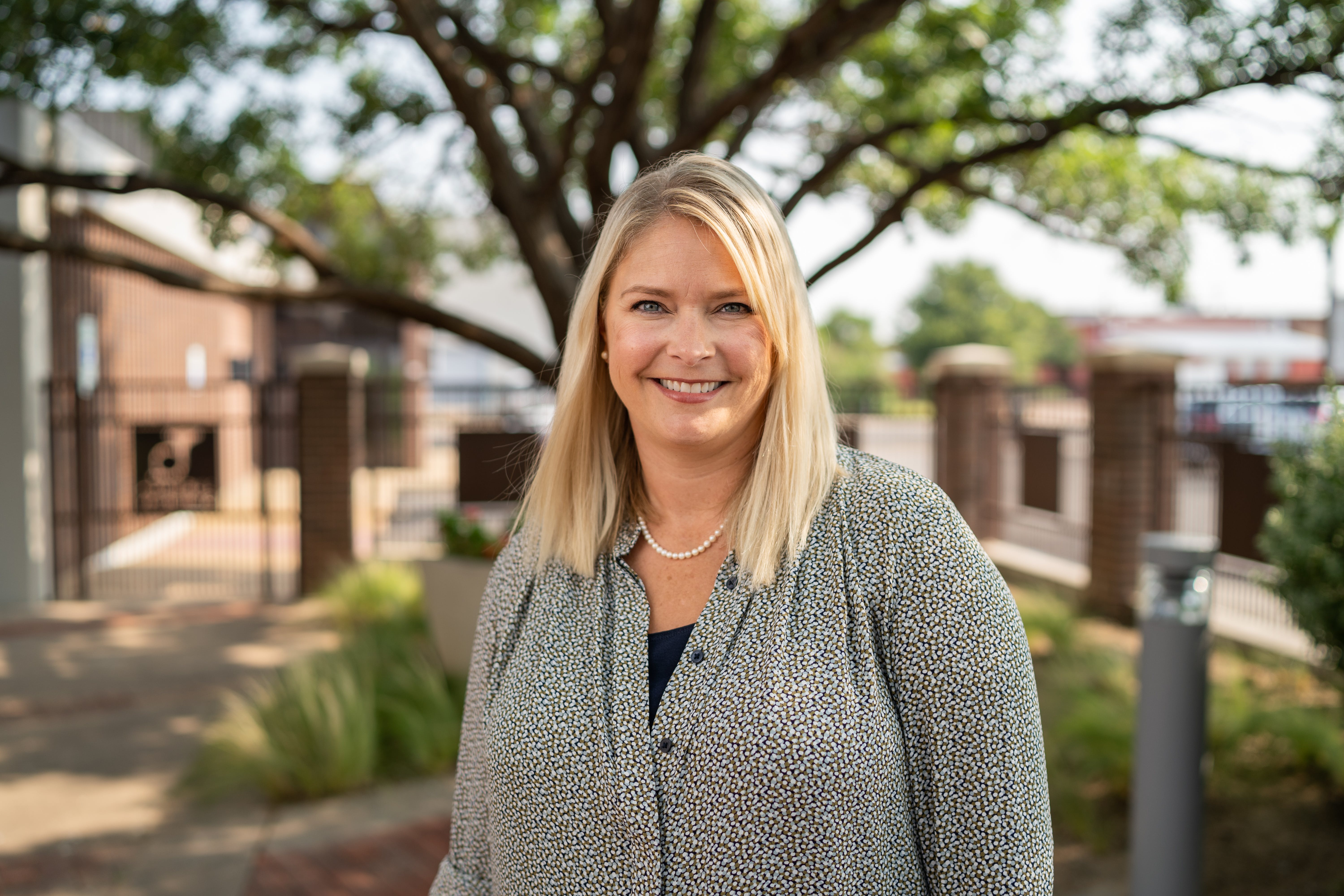 Director of Development and Communications 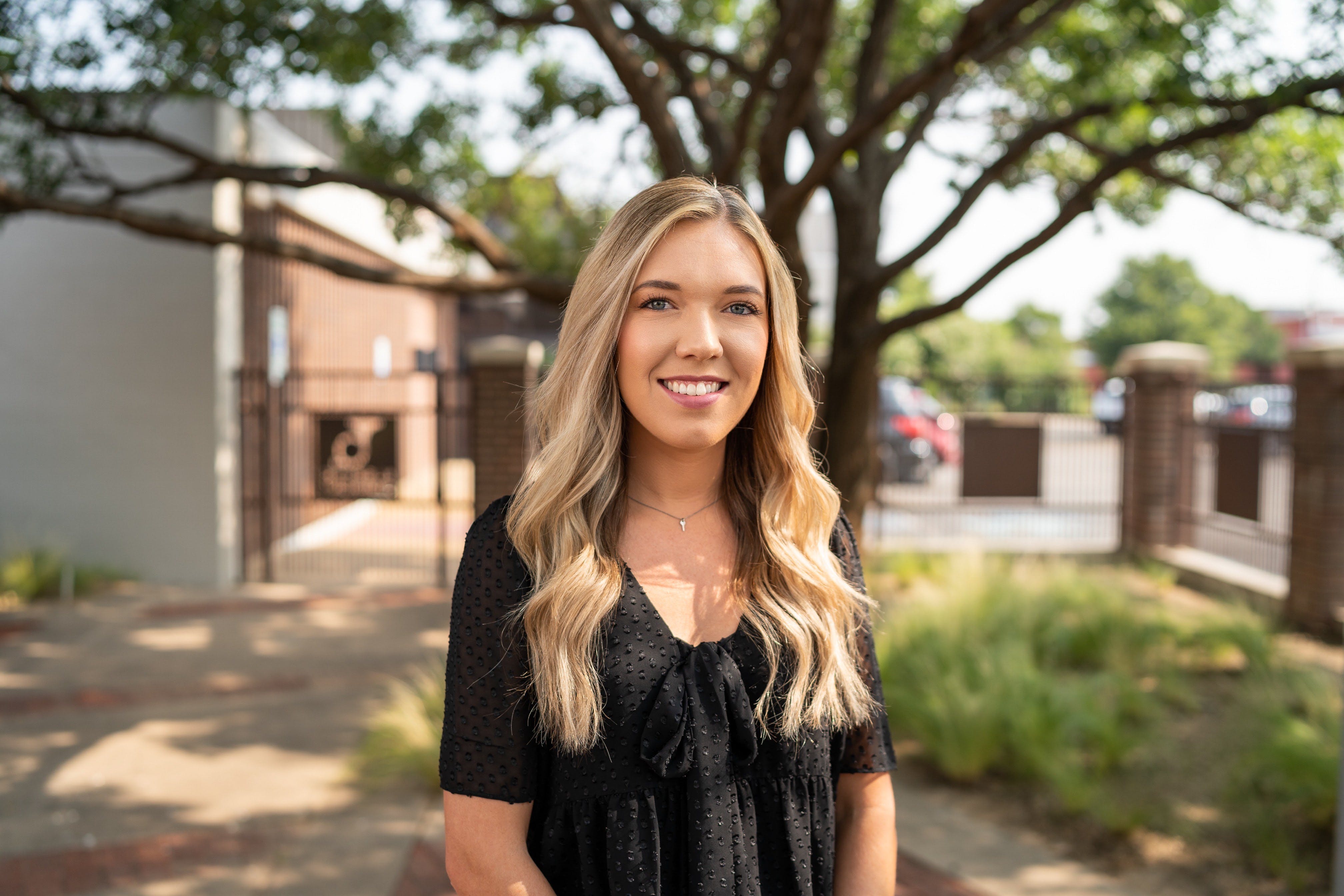 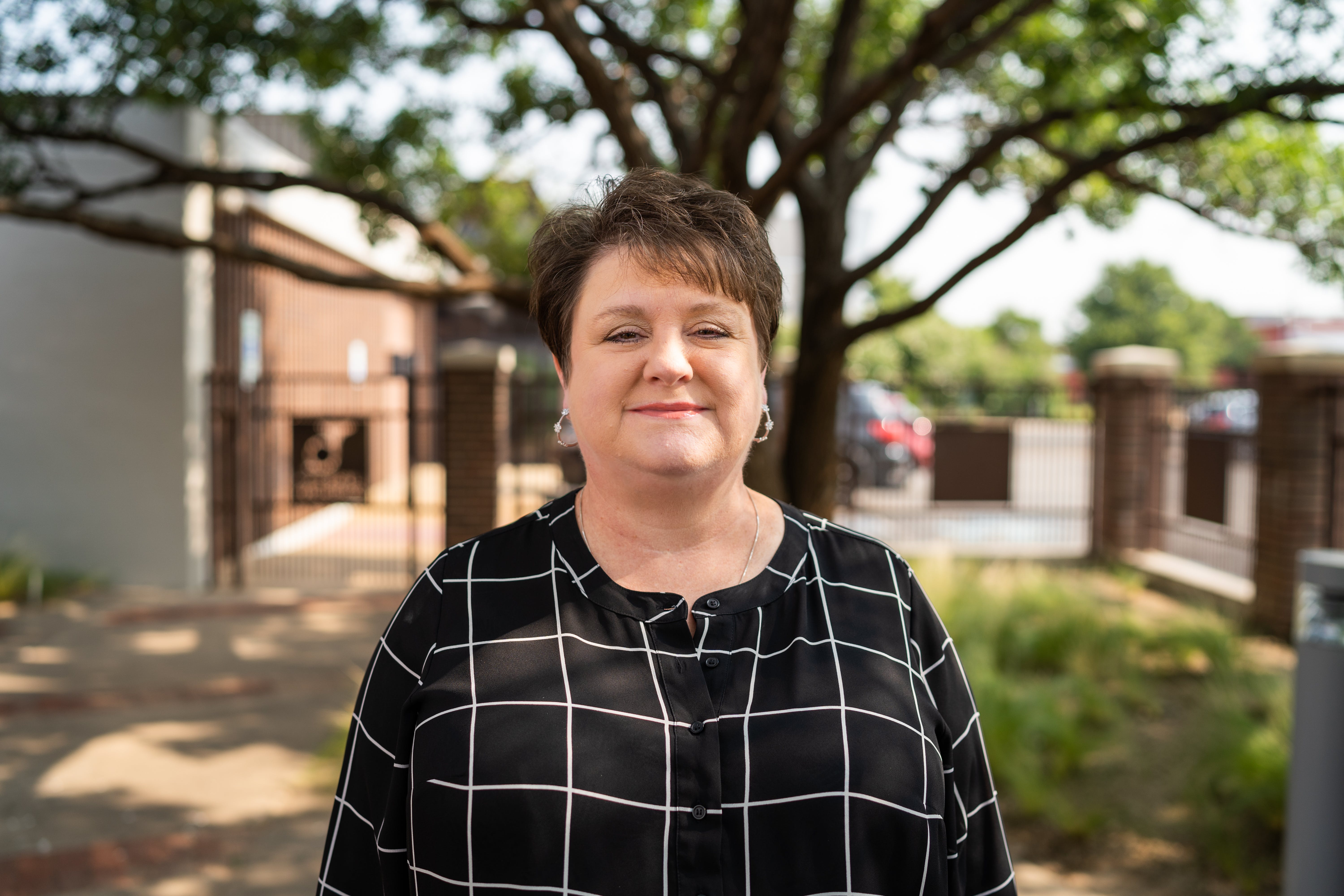 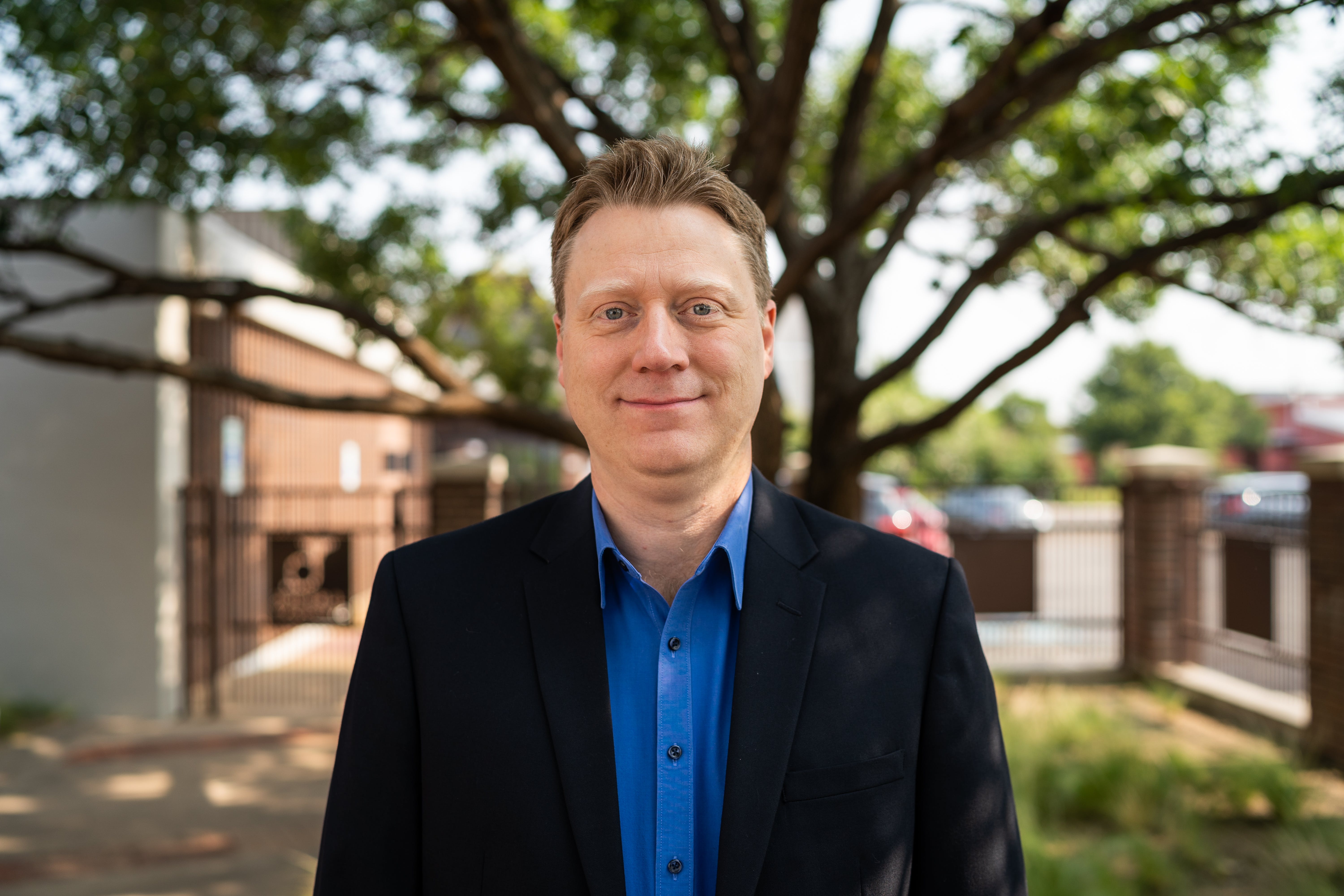 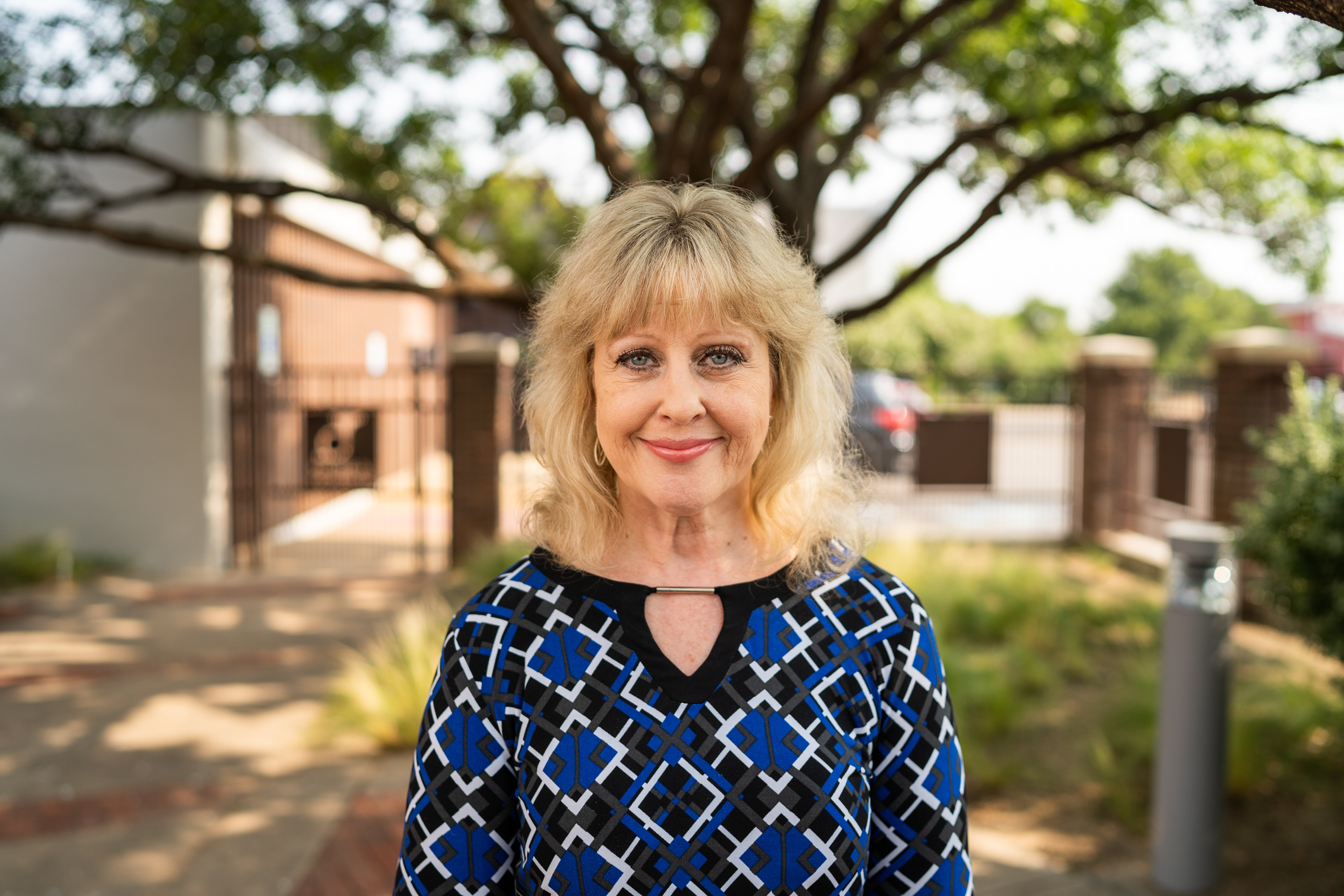 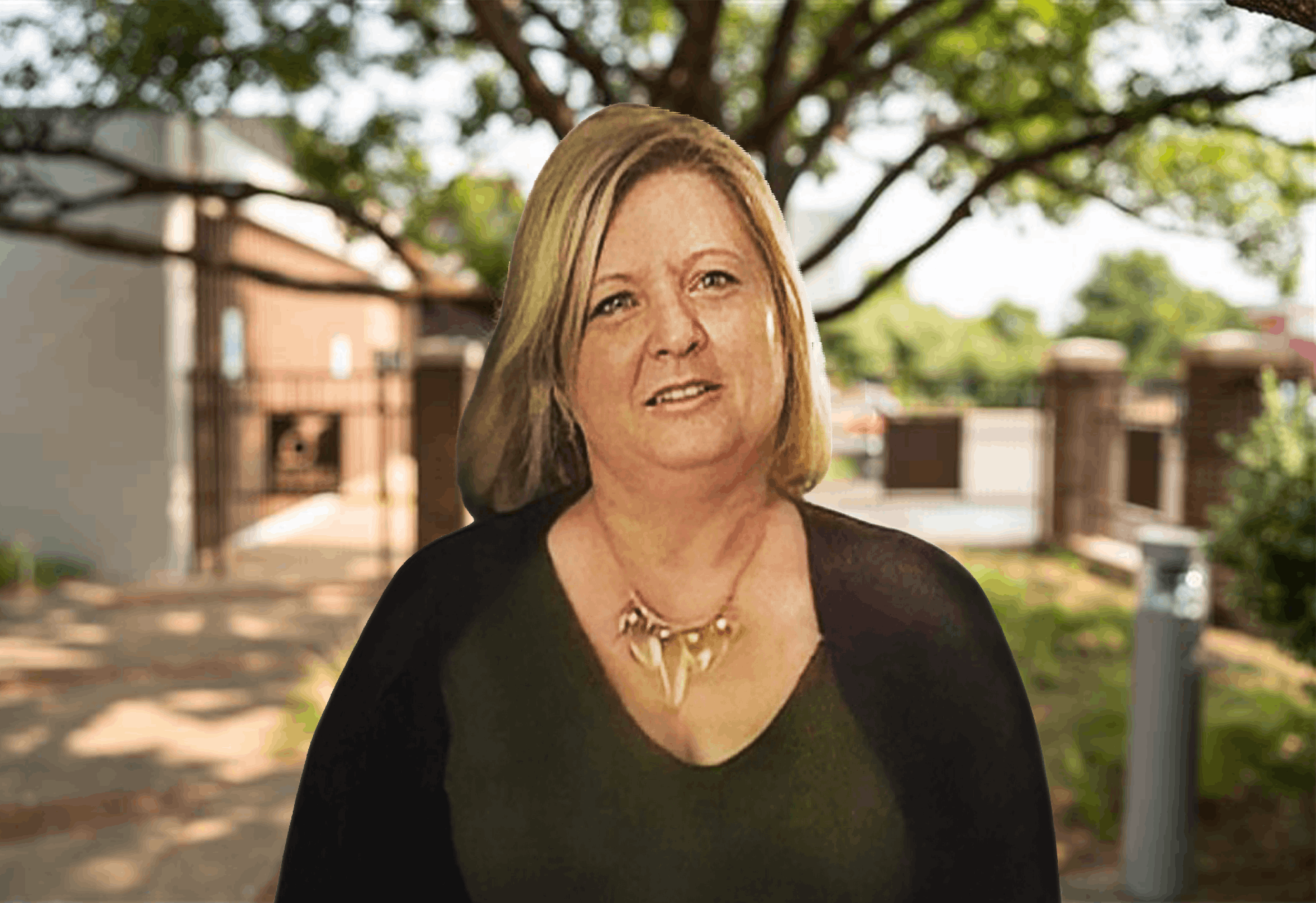 Looking for a Night Out? 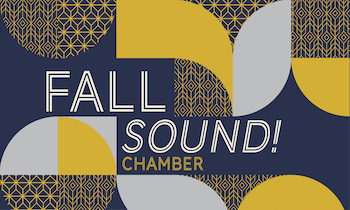 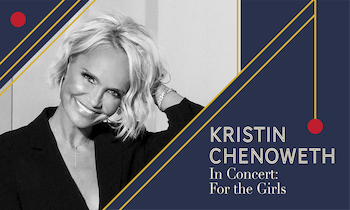 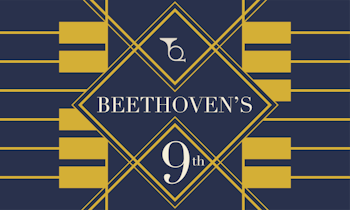 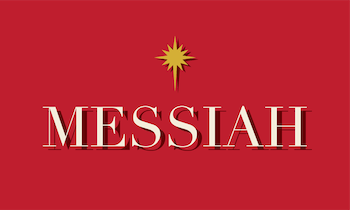 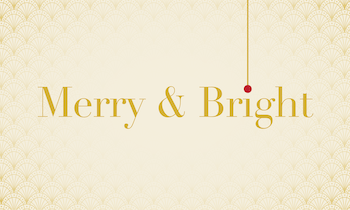 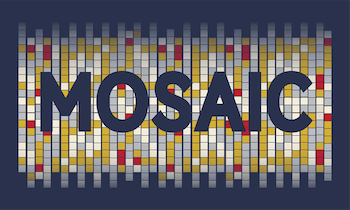 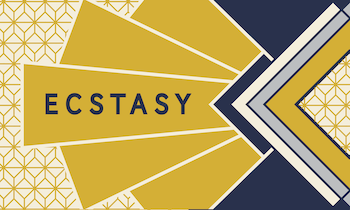 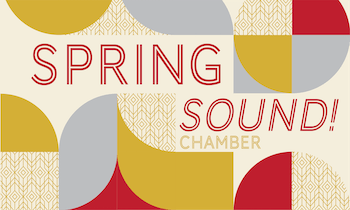 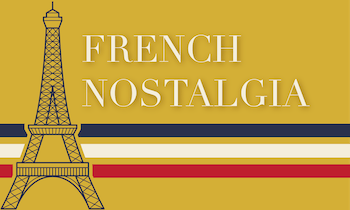 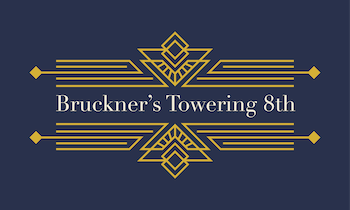 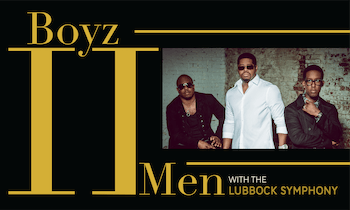 Questions about our season line up, how to buy tickets, auditions?

Born in Seoul, Korea, David immigrated to the United States in 1985. David received a variety of music lessons during his childhood in Palos Verdes, California before focusing his energy exclusively on the piano. He later attended Oberlin College and Conservatory where he received his Bachelor of Music in Piano Performance.

In 1996, David won the E. Nakamichi Concerto Competition at the Aspen Music Festival and was awarded the Arthur Dann Prize at the Oberlin Conservatory. In 1999, while acquiring his Master of Music in Piano Performance at the Peabody Institute at Johns Hopkins University, David was invited by Robert Spano and Seiji Ozawa to attend the prestigious Tanglewood Music Center as a Merrill Lynch Conducting Fellow. David was then invited by Larry Rachleff to study at Rice University where he served as guest conductor for the Shepherd School Orchestras while acquiring his Master of Music in Instrumental Conducting. David was subsequently invited by the Vienna Philharmonic to serve as an Assistant Conductor. As the recipient of the Karajan Fellowship, David has enjoyed residencies at the annual Salzburg Festival in Austria. In 2003, David was invited by Leonard Slatkin to participate in the National Conducting Institute during which time he made his début with the National Symphony Orchestra at the John F. Kennedy Center for the Performing Arts.

During the 2003-2004 season, David was selected to spend a year as the Conducting Fellow of the New World Symphony under the mentorship of Michael Tilson Thomas. While on tour with the New World Symphony in New York City, David made his Carnegie Hall début conducting works by Copland and Tchaikovsky. During the orchestra’s Rome tour, David made his début at the Academy of Santa Cecilia conducting works by Luciano Berio and John Adams. David was then invited by his mentor Larry Rachleff to serve as the Resident Conductor of the San Antonio Symphony Orchestra from 2004-2006. During the 2006-2007 season, David held the Bruno Walter Resident Conductor Chair with the ensemble.

After heralded guest appearances with the Lubbock Symphony Orchestra in 2007 and 2009, David was appointed as the orchestra’s seventh Music Director in 2011. He began his tenure with the LSO in the 2012-2013 season and is now actively involved in community engagements.

Galen C. Wixson holds Bachelor's and Master's degrees in cello performance from Wichita State University, and a second Master's degree in Arts Management from Carnegie Mellon University. His music career includes performing as a cellist in many different ensembles, including the Wichita Symphony, the North Carolina Symphony, the Fairfax Symphony, and the Reno Chamber Orchestra. He continues to perform as a soloist and chamber musician. His non-profit management career includes Executive Director positions at the American String Teachers Association, the Reno Philharmonic, the Symphony of Southeast Texas, the Arkansas Symphony, the Austin Symphony, the Guitar Foundation of America and the Dream Come True Foundation. He assumed the office of President and CEO of the Lubbock Symphony Orchestra in April of 2017. His interests away from the office include fitness, cooking, and of course, music! He and his wife, Dana, have been married for 30 years, and they have a daughter who currently attends Texas Tech University.

Jessica Jackson is a born-and-raised Lubbockite with a deep connection to West Texas where her family has worked for generations in agriculture and business. She has communications and marketing experience spanning the education, technology, and health care fields. She completed a Bachelor of Arts degree at Texas Tech University in English and a Master of Arts degree from the Texas Tech College of Media and Communication in 2017. She and her husband Ben, also a Lubbock native and a teacher, enjoy cooking together and spending time with their dogs.

Amie Dean graduated from Texas Tech University in 2017 with a Bachelor of Arts in Media Strategies. During her time at Texas Tech, she played french horn in the Goin’ Band from Raiderland and Symphonic Band and was a member of Tau Beta Sigma. Before joining the Lubbock Symphony Orchestra full-time, she served as Marketing Intern in the summer of 2017.

Suzanne Rasco is a Lubbock native who graduated from Lubbock Christian University with a B.S. in Business Administration. Since then, most of her career has been in the Accounting field with some IT and Analyst experience. She is a music enthusiast and loves all kinds of music. She and her husband Ricky, a Muleshoe native and a site manager for a chemical company, have 3 children and 3 dogs.

Emily Gavaghan graduated in May of 2018 from Texas Tech where she completed a B.A. in University Studies. Her studies included Music, Media Strategies, and Addictive Disorders and Recovery Studies. In her music career at TTU, she played bassoon, was part of the colorguard with the Goin’ Band from Raiderland, and a member of Tau Beta Sigma. Before joining the Lubbock Symphony full-time, she completed two terms as a Marketing Intern. Emily looks forward to combining her past sales and customer service experience with her passion for the organization. In her free time, she enjoys binge-watching on Netflix with her orange tabby cat, Oliver.

Jeanette Markee attended Texas Tech University and then graduated from Brigham Young University summa cum laude with a Bachelor of Music Education degree. She assumed her duties as Education Director for the Lubbock Symphony Orchestra in November, 2016, having retired from the Lubbock Independent School District in May of the same year. Jeanette taught orchestra at all levels for 26 years, her last 16 being at Hutchinson Middle School. Having loved teaching music and working with students for so many years, it seemed a natural step to come and work with the Lubbock Symphony to try to contribute to the music education of students in the Lubbock area. She firmly believes that the study of music is vital to the education of all students, as she has seen firsthand the power that music has to change lives personally, socially, and academically.

Dana Venable is new to West Texas, having moved to Lubbock from Austin, TX, in 2017. She is a pianist and violinist, with a Bachelor's Degree in Music Education from Wichita State University. A lifelong lover of music, she has held a variety of positions in the field: music educator, orchestra director, accompanist, church musician, section violinist, personnel manager, and now, librarian. If not marking music for the symphony, you'll find Dana enjoying time with family; whether over a meal, a concert, or a movie. She enjoys knitting, reading, playing piano, antique hunting, and snuggling with the family dog. She has been married 30 plus years to her husband, Galen, and has a daughter studying at Texas Tech University.