It Takes All Talents to Create Our Music 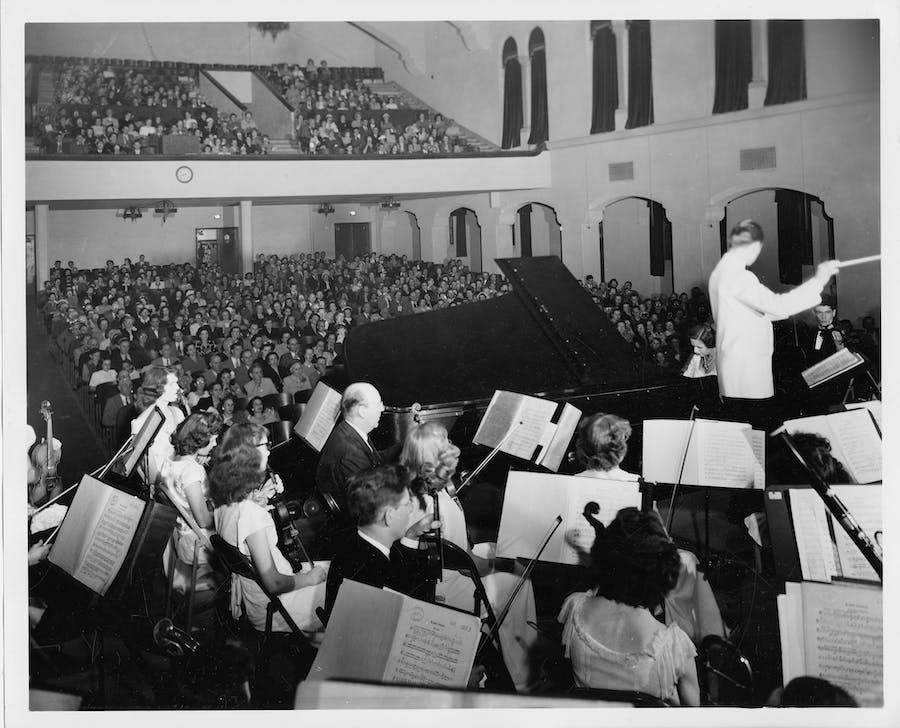 The LSO takes more than musicians to bring music to the high plains!

Interested in joining the LSO as a musician? Get all your audition information here.

The Lubbock Symphony Orchestra announces auditions for the 2021-2022 Season and are scheduled for August 28 & 29. The following positions are available:

Musicians interested in applying for audition should submit a one-page resume. All applicants will be reviewed and those who pass a preliminary screening will be contacted by the LSO to schedule an audition time. In order to schedule an audition, all invited auditionees must provide the LSO with a $50 deposit, refundable upon the applicant appearing at the audition. The resume and deposit will be due by August 15 to the Personnel and Operations Manager ([email protected])

In the event that a vacant position is filled by a current member of the LSO who auditions for it, the position vacated may be offered to the next best qualified applicant.

In the event that the Audition Committee deems that two or more candidates are artistically comparable, the LSO reserves the right to use information concerning an applicant’s distance from Lubbock and season availability to determine the winner of an audition.

The Lubbock Symphony Orchestra is invested in providing real-world experience to talented collegians from the campuses of Texas Tech University, Lubbock Christian University and South Plains College. The LSO’s Inspiring Interns Program provides rewarding internships in Marketing and Graphic Design. The program offers hands-on work experience in a creative environment within the region’s largest cultural arts organization. Acceptance into the program is competitive and internships are compensatory. Interns contribute approximately 10 hours per week to the LSO. In some cases, this work may be used toward class credit. Information about upcoming LSO internships is listed below. More internship opportunities may be available; for information contact Amie Dean at 806.762.1688 or [email protected]

To apply, send resume and cover letter to [email protected]

We want to see local students flourish and enjoy learning! We work with local schools to supplement their curriculum with music education. Everyone learns differently.

LSO teaching artists are currently working in 45 classrooms on 12 LISD campuses, reaching approximately 1,035 students. Plans are underway to expand the program to all LISD elementary schools. For more information on this program, contact LSO Education Director Jeanette Markee at (806) 762-1688 or [email protected]

Born in Seoul, Korea, David immigrated to the United States in 1985. David received a variety of music lessons during his childhood in Palos Verdes, California before focusing his energy exclusively on the piano. He later attended Oberlin College and Conservatory where he received his Bachelor of Music in Piano Performance.

In 1996, David won the E. Nakamichi Concerto Competition at the Aspen Music Festival and was awarded the Arthur Dann Prize at the Oberlin Conservatory. In 1999, while acquiring his Master of Music in Piano Performance at the Peabody Institute at Johns Hopkins University, David was invited by Robert Spano and Seiji Ozawa to attend the prestigious Tanglewood Music Center as a Merrill Lynch Conducting Fellow. David was then invited by Larry Rachleff to study at Rice University where he served as guest conductor for the Shepherd School Orchestras while acquiring his Master of Music in Instrumental Conducting. David was subsequently invited by the Vienna Philharmonic to serve as an Assistant Conductor. As the recipient of the Karajan Fellowship, David has enjoyed residencies at the annual Salzburg Festival in Austria. In 2003, David was invited by Leonard Slatkin to participate in the National Conducting Institute during which time he made his début with the National Symphony Orchestra at the John F. Kennedy Center for the Performing Arts.

During the 2003-2004 season, David was selected to spend a year as the Conducting Fellow of the New World Symphony under the mentorship of Michael Tilson Thomas. While on tour with the New World Symphony in New York City, David made his Carnegie Hall début conducting works by Copland and Tchaikovsky. During the orchestra’s Rome tour, David made his début at the Academy of Santa Cecilia conducting works by Luciano Berio and John Adams. David was then invited by his mentor Larry Rachleff to serve as the Resident Conductor of the San Antonio Symphony Orchestra from 2004-2006. During the 2006-2007 season, David held the Bruno Walter Resident Conductor Chair with the ensemble.

After heralded guest appearances with the Lubbock Symphony Orchestra in 2007 and 2009, David was appointed as the orchestra’s seventh Music Director in 2011. He began his tenure with the LSO in the 2012-2013 season and is now actively involved in community engagements.